I recently bought an AxiDraw – probably the most popular drawing machine in the creative coding world. I was extremely excited to get my hands on it, partly because I've been watching many fantastic things people do using it on Twitter (check #axidraw and #plottertwitter tags), and partly because I ordered my machine when it was out of stock. But I've got it, finally. And I launched it, and I started to plot with it. And I also failed a few times, not only after the purchase but also before it.

So, all future AxiDraw newcomers, if you're thinking about spending money to make plots with this fantastic machine, pick up my list of dos and don'ts at the very beginning! 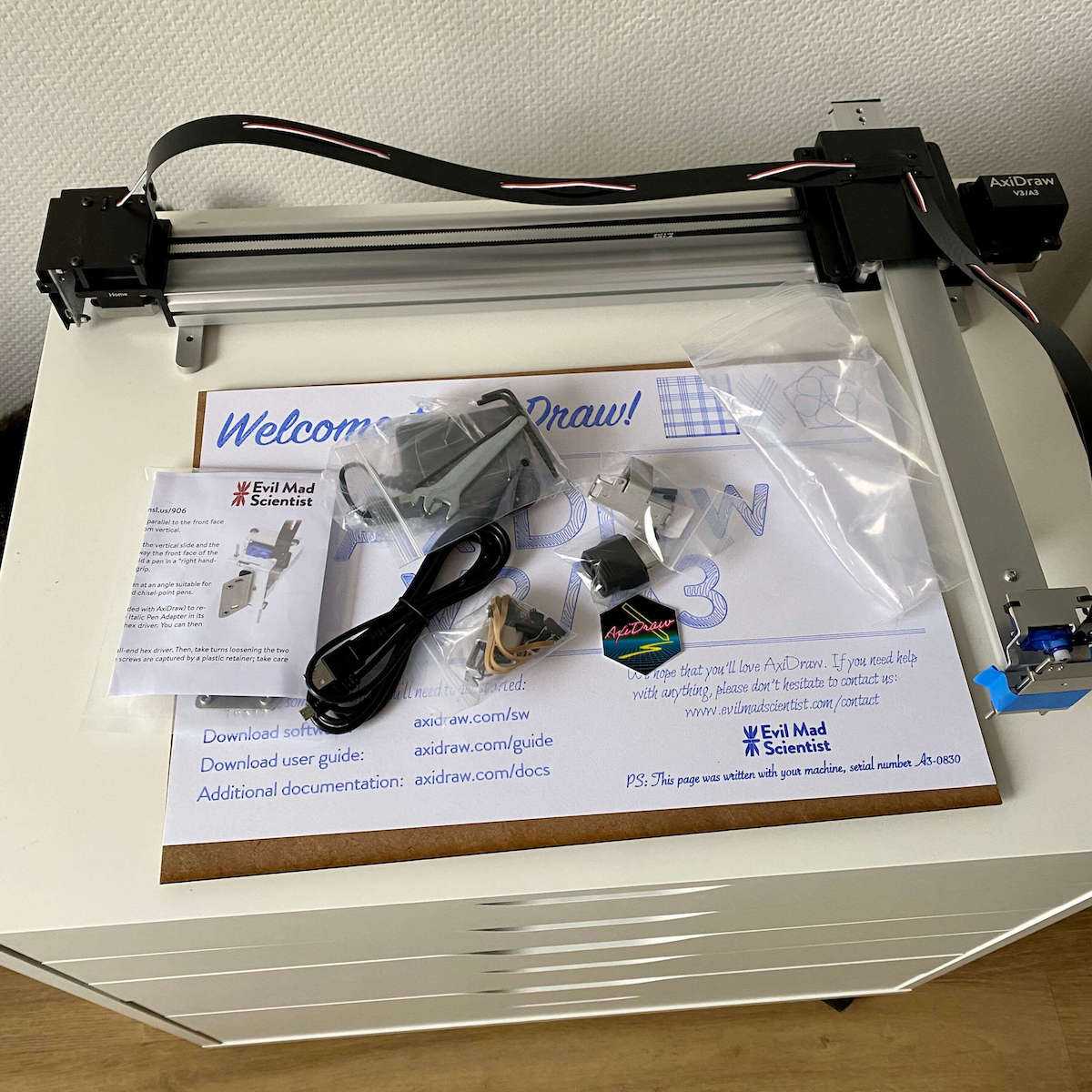 First point is related to the purchasing process. If you're living outside of the US (like myself), keep in mind the possibility of paying additional fees and taxes when buying your AxiDraw straight from the manufacturer. Although Evil Mad Scientist lets you know about that on their website, it might be pretty easy not to notice it when making a decision.

This was my case. I had ordered a SE/A3 version on the EMS site before I realized that I'd probably had to pay around 23% VAT tax and a duty when the package arrives to Poland. I asked EMS about a return and bought a regular A3 version via robotshop.com (EU based seller).

The downside of my stupidity is that I lost a significant amount of money when doing currency conversions on PayPal (from PLN to USD and then from USD to EUR). So be careful and watch out on this step!

This is the only machine-related point. The little pen-lift servo motor is the only expandable component of the AxiDraw and it wears over time so – according to Evil Mad Scientist – it's a good thing to keep a few spare motors on hand.

I had a bad luck with this piece because it started to have problems immediately. The arm of the motor was jitting both when I tried to lift it and insert a pen, and during the plot.

Luckily, when noticed about the issue, the EMS have sent me a new one. I also bought a few additional motors just to have them when needed.

If your servo motor works fine, that's great! But think about ordering a few in case of wearing it out! 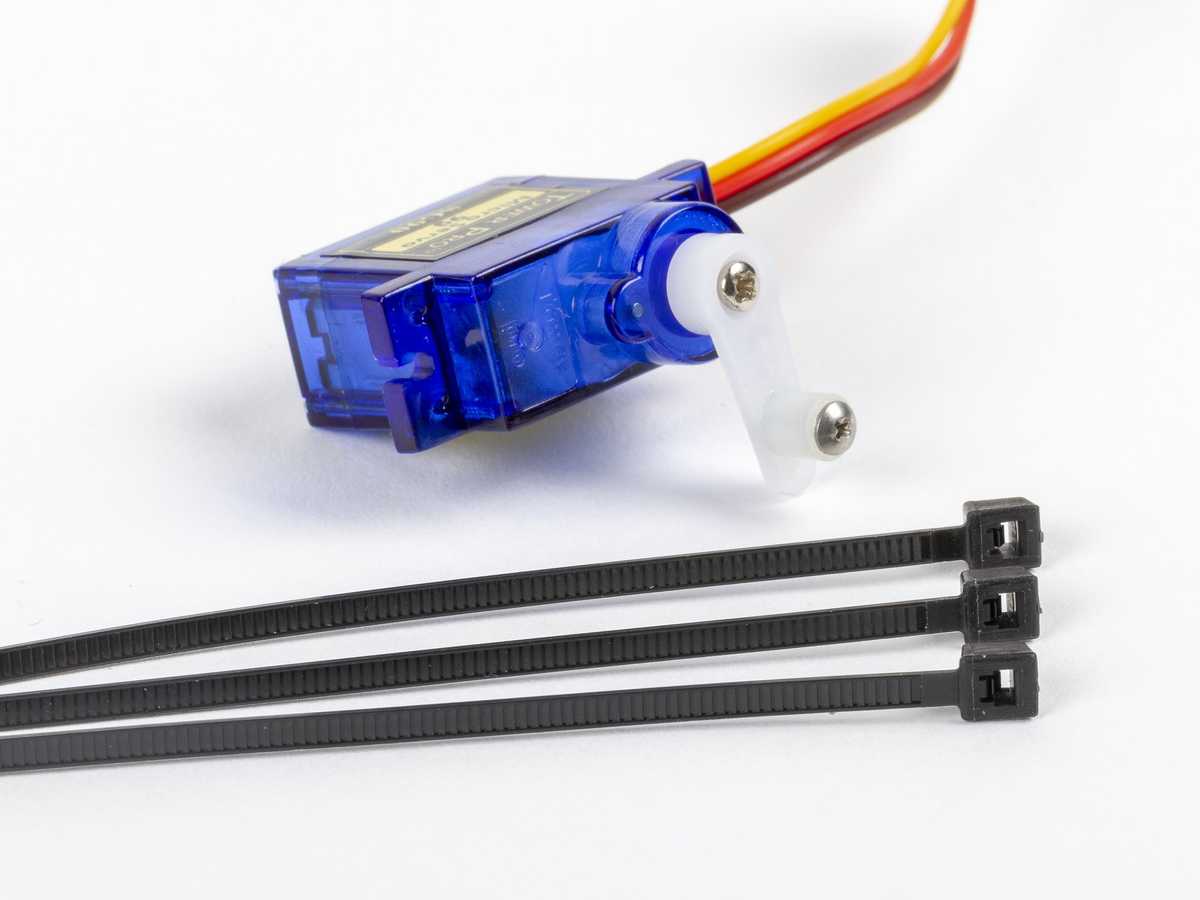 One of my first drawings contained extreme amount of lines converging at some point on the sheet. After a few minutes I noticed a growing scar of paper grains coming out from that point, and after the next few a noticeable hole appeared pushing the plotter to draw straight on the easelboard. 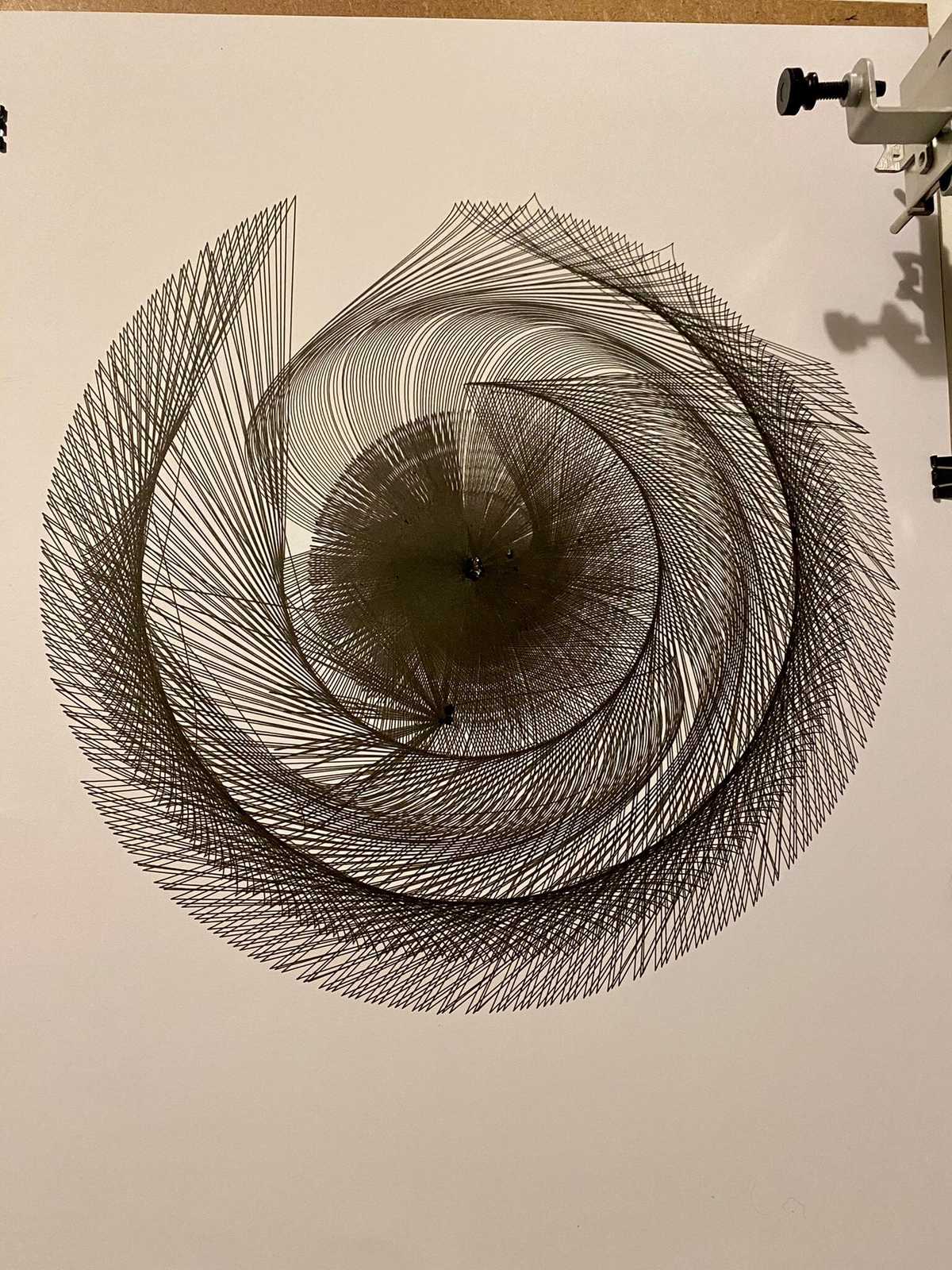 This happened because I used a cheap poster board with around 90g/sqm of grammage. Don't do this. Use a good, cold pressed watercolor paper with around 300g/sqm. Or just a paper thick enough so it will prevent your drawing from any harm. 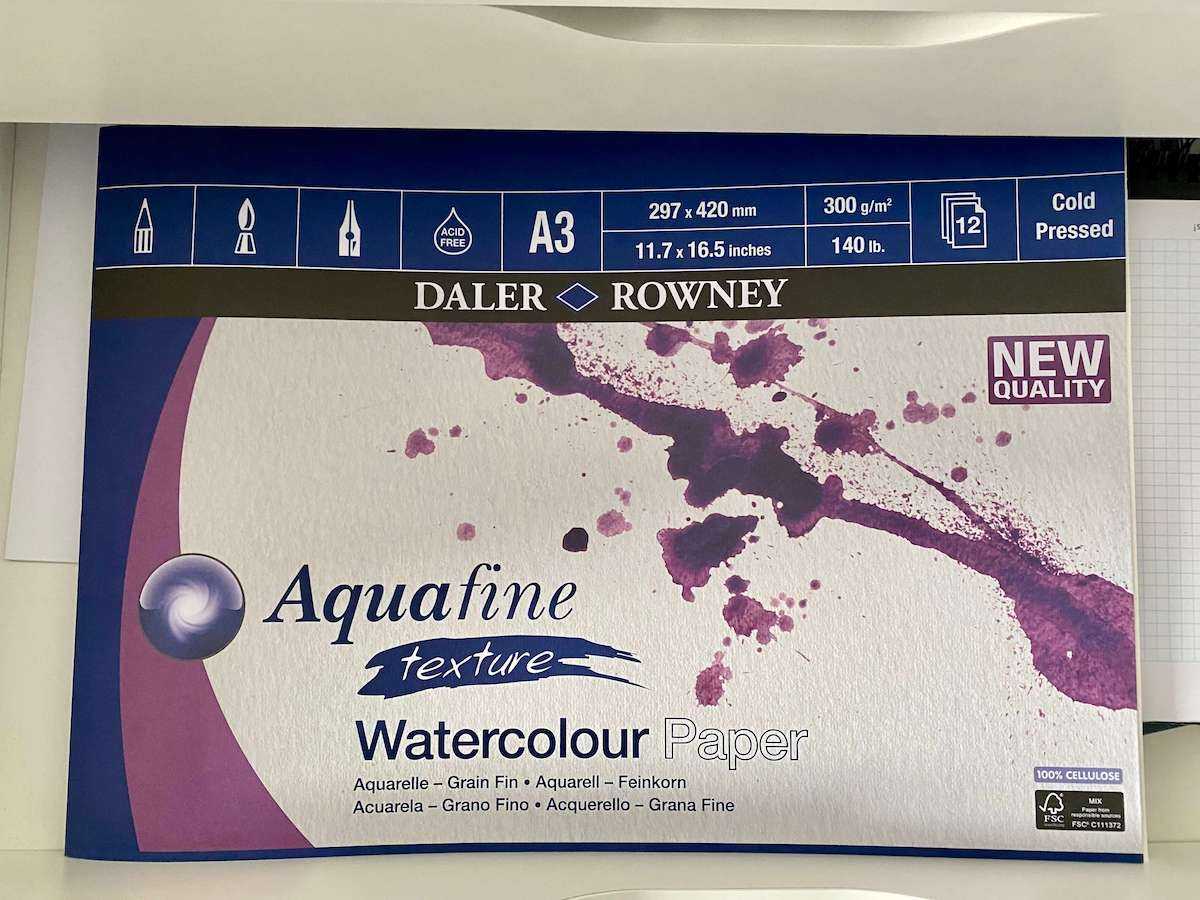 Big shoutouts to Mjauch and KennoM for the watercolor paper advice!

4. Be careful with the pen pressure

This also relates to the punctured plot! I used quite good 0.1mm Pilot pen so imagine my wonderment when it wore out in the middle of the drawing. This happened partly because of setting the pen too low. Too much pressure was applied so the soft tip squeezed making the pen unable to leave the ink traces on the paper.

Funny thing though, it also happened because the pen ran out of ink quite fast. I tried to write something with it manually later, but the lines appeared more and more opaque. For the best pen choice check this list of recommended AxiDraw pens. 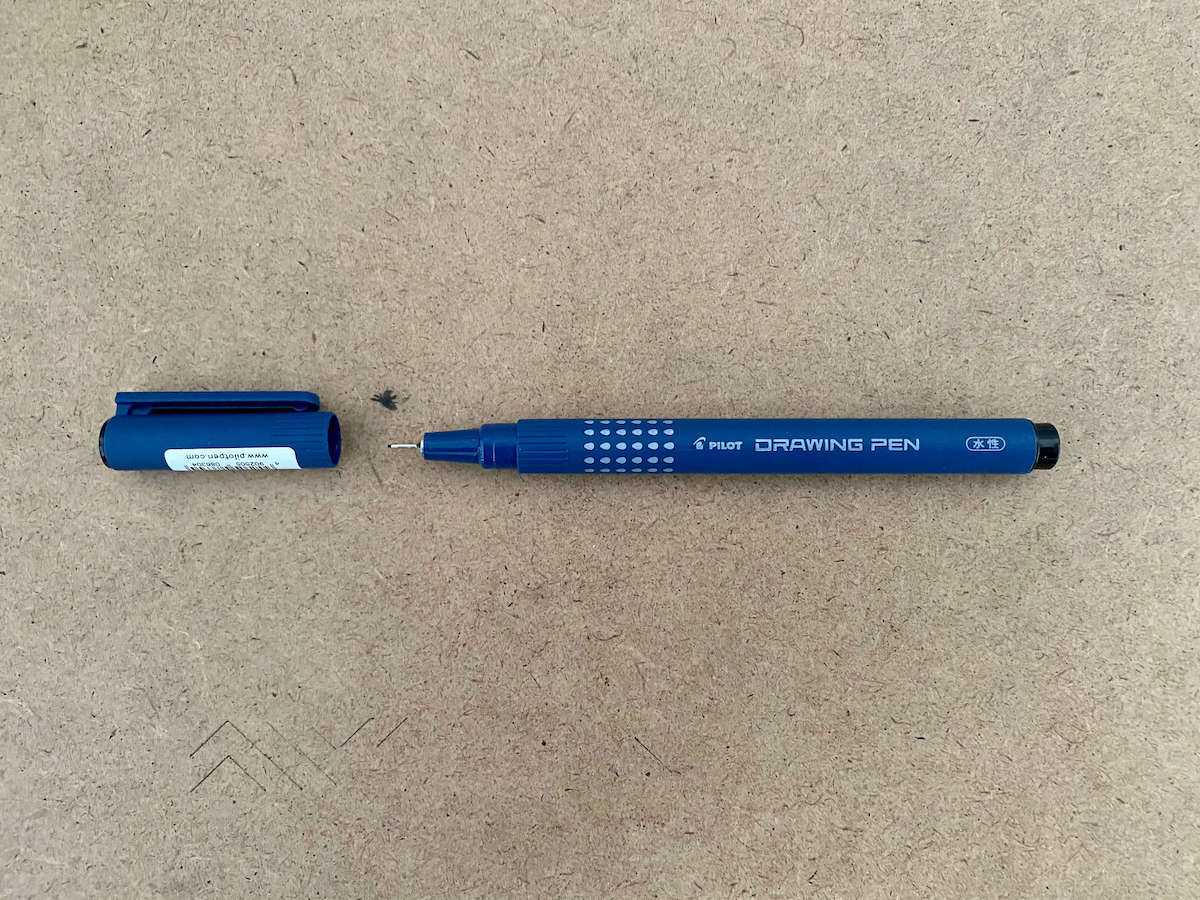 5. Read the guide, know the software

This leads us to the fifth point, which is the guide and the software. The PDF guide available here contains all the things you need to know when using AxiDraw, so read it before drawing. My lesson is that if I have read it carefully before doing anything, I'd probably avoid pen pressure issue and some other problems with paper positioning which I had at the very beginning.

Also – know the software before drawing. EMS provides a very rich Inkscape plugin for setting the machine correctly, so you can not only balance your servo motor lift heights, but also estimate the time your plot is going to take, among many other things. Personally, I recommend this video by Plottervision if you want to get to know the extension without tiring your eyes while reading.

The overall conclusion is: be patient, both before and after buying your machine. Excitement about your AxiDraw and a possibility of doing many amazing things with it is very important, but don't let it to overtake your mind. Otherwise you might become just as impatient as I was. And this might cost you not only your money, but also your time, and your wonderful plots, obviously!